Gender-based violence in Australia is preventable. However, it is a national problem, and the drivers are deep in our culture and society.

Violence against women is the most common form of gender-based violence in Australia and is typically perpetrated by a current intimate or former partner. The evidence shows that violence against women is much more likely to occur when power, opportunities and resources are not shared equally between men and women in society and when women are not valued and respected as much as men.

Evidence shows that there are four key drivers of violence against women. These four drivers impact our experiences, as well as influence the cultures of our organisations, our institutions and our community more broadly. This is true for all schools, which are both education institutions and workplaces.

Condoning of violence against women

Comments, questions and jokes that excuse, make light of or justify violence against girls and women allow people to think violence is acceptable or excusable.

When men control decisions and resources, in the home or in public, they have an opportunity to abuse their power, while women have less power to stop it, call it out, or leave.

Rigid gender roles and stereotypes about masculinity and femininity

Gender stereotypes are oversimplified ideas, messages and images about differences between males and females that can be limiting, harmful and create unequal access to opportunities.

Men disrespecting women to bond with other men

For some men, making jokes and comments that reinforce the idea that women should be valued less than them is a way of bonding and gaining the approval and respect of their peers, creating spaces for violence against girls and women to occur.

What respectful relationships education can do for your school

The evidence for respectful relationships education 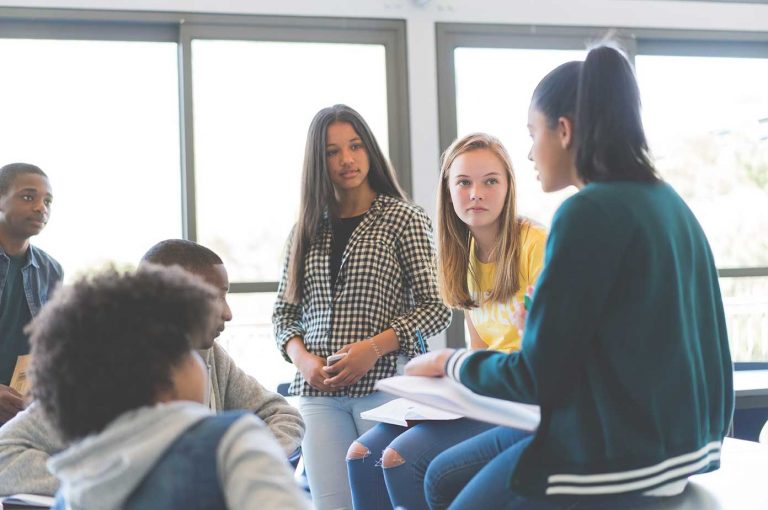